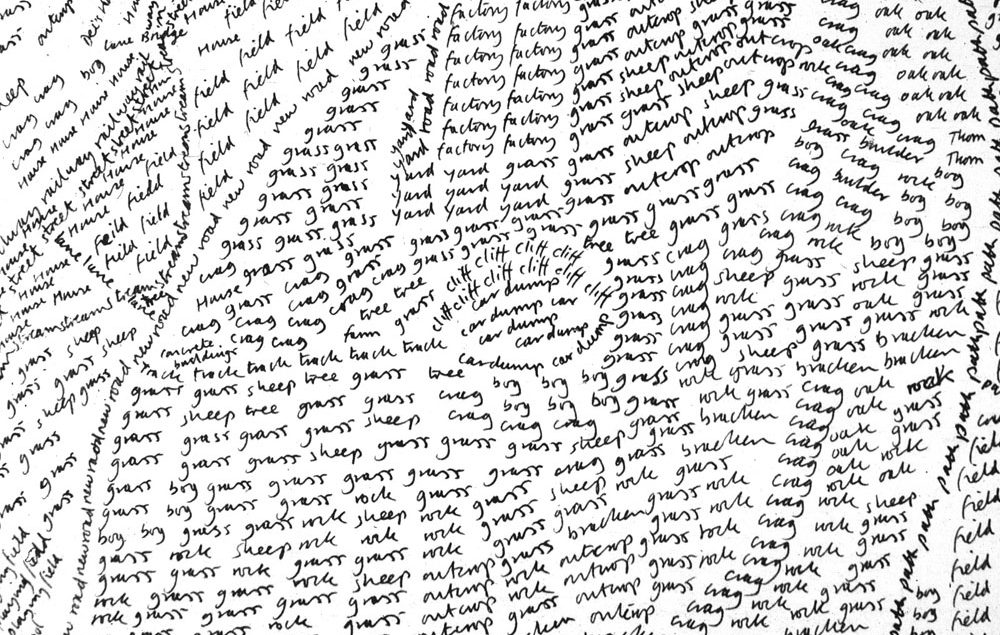 Over the coming days and weeks The Clearing will be publishing Lie of the Land, a series of responses to the Referendum exploring what leaving the EU could mean for conservation, wildlife and our relationship with the land. Please add your voice by posting comments below or submitting a longer contribution – either in images or words – to The Clearing editors.

In the month since the Brexit vote I – like many people I know – have veered from feeling sick, wanting to wake up and find it was all a bad dream, to wondering what on earth (dreadful) could happen next. But fundamentally I’m an optimist so I couldn’t stay gloomy forever. Now I’m shifting into a new gear – a determination to do all I can to make sure that this event isn’t a disaster for the countryside, nature, cultural heritage.

Exiting the EU is of course a massive challenge and task one is to make sure that the things we care about: environmental standards, the future ‘green’ regulatory and incentive framework, and how farming and fisheries will be supported in future, aren’t forgotten in the negotiations. Sadly that can’t be taken for granted, as the rhetoric is still dominated by economics, trade and finance. Some of the things we care about can’t be valued, or reduced to material sums yet are of profound importance to the future of the planet. So whatever else we do there needs to be a ‘shadow’ for the Government’s Brexit Unit, making sure that the environmental questions aren’t forgotten and that the NGOs work together to co-ordinate and track activity, making sure we feed in at the right moment with the right information.

If task one is about the process, task two is about the substance. What do we actually want? In some cases it’s straightforward: we clearly need to protect at least what we’ve already got. There is a wide range of EU directives, regulations and framework documents that shape our environmental policy from water and air quality standards, to recycling and waste management, to Environmental Assessment processes and the Habitats and Birds Directives. But the question is already being asked – are they good enough? Shouldn’t we, if designing future UK policies, aim to do better?  And if that is being asked of environmental standards, it’s true in spades for the policies over which we’ve fought for many years – the Common Agricultural and Fisheries Policies. Surely we must now take the opportunity to establish a better, more sustainable framework for supporting farming and fisheries, the activities that do most to shape our land and seas. And we must work together to ensure that something good comes out of this process, and that we don’t end up with economically-driven, short term objectives dominating the debate.

And so task three is the biggest one of all. How can we shape the goals of Brexit? How can we make sure that the Government doesn’t just press the economic buttons, failing to recognise that what we design now must meet our long as well as short term needs? And here the narrative must change. In my recent book The Fight for Beauty I quote American economist Albert Jay Nock of the 1940s who, in chiding those around him in the pursuit of ‘economism’ said: ‘Economism can build a society which is rich, prosperous, powerful, even one which has a reasonably wide diffusion of material well-being.  It cannot build one that is lovely, one which has savour and depth, and which exercises the irresistible power of attraction that loveliness wields.’ He was right, and so we need to engage in the fundamentals: what are we trying to achieve and how can we optimise people’s needs for material and non-material progress, within a commitment to sustainability, through the new policies we design.

It is very easy to feel gloomy about the Brexit vote. And there are many elements over which we, passionate believers in the importance of beauty, our environment and nature, will have no say. But we are not powerless. We must speak up for all those who care about our long term future and love the beauty of these lands. And we have enormous expertise, experience and understanding about how to manage natural resources for the long term benefit of society. These three tasks could give us a framework for the enormous challenge that faces us: we must embrace them and put our shoulders to the wheel.

Fiona Reynolds  became Master of Emmanuel College, Cambridge, in 2012, becoming first female Master of the College in its history. Previously she has been Director-General of the National Trust, Director of the Women’s Unit in the Cabinet Office and Director of the Council for the Protection of Rural England (now Campaign to Protect Rural England), and the Secretary to the Council for National Parks.

David Nash is a sculptor and draughtsman, well-known around the world for his land-based works. His illustration above shows a detail of his ‘personal parish’ detailing ‘twenty years of living and walking the environs of Blaenau Ffestiniog’, which was created in response to Common Ground’s Parish Maps  project, which began in the 1980s when eighteen well-known artists – including David Nash – were invited to make maps of their home parishes for an exhibition called Knowing Your Place. A recent exhibition at the University of Exeter showed how Common Ground’s parish maps idea has spread around the UK and the world, with examples from Italy, the United States, Latvia and India.