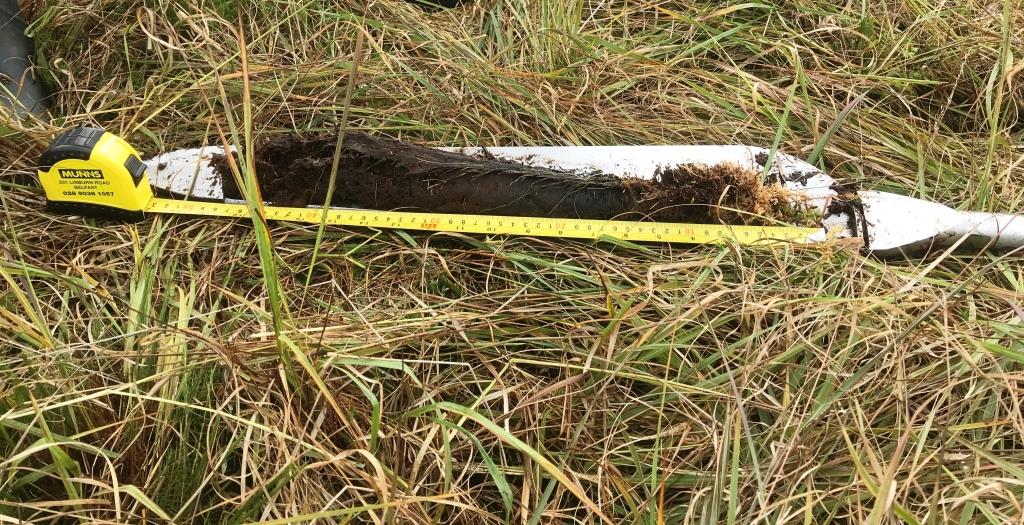 ‘Time present and time past

Are both perhaps present in time future,

And time future contained in our past.’

The ice creaks and cracks; it groans with death and rebirth.  Thunderous crashes mark the loss of ice mass as frozen becomes liquid. It is a reordering, a realigning that will reverberate across the globe. An ice age is ending.  Britain will relinquish its hold on Europe. A kindergarten land will learn to become landscape.

That was then.  It was the prelude. Now we are standing on blanket bog in the south Pennines. In the intervening millennia shifts of warm and cold, wet and dry have fostered bog initiation and growth. Tundra gave way to woodland then woodland surrendered to wetland. The embryo bog was probably conceived in a clay-laden hollow. At some point the peat crept out of the hollow, spreading its substance subtly across the terrain.

The surface before us is wreathed in a chenille cloth of russet, beige and green, of hummock and hollow, of shrubs, grasses and moss. Cottongrass shivers on peat hummocks while neighbouring pools are embraced by a succession of Sphagnum mosses.  Each moss species responds to minute changes in peat geochemistry. Sphagnum: the bog builder, with its capacity to hold vast volumes of water to keep the bog fed. Here is a landscape Seamus Heaney described as one that ‘remembered everything that happened in it and to it’. Peat is the keeper of secrets.

We are here to retrieve the peat archive, to release gossip from the bog. Over the millennia of peat growth the surface has captured and clasped propagules and spherules to chronicle natural and human life.  Pollen from local and regional vegetation has rained onto the bog surface and become entrapped. Spherical particles, arising from high temperature combustion of fossil fuels have dispersed from chimneys, and carried on winds to be dropped onto the bog vegetation, the once-upon-a-time of the story.

Coring peat demands strength and accuracy. I’m less than five feet tall, so this is a challenge. Half metre sections are retrieved using a stainless steel corer equipped with a fin and cylindrical section to house the precious archive. Moist Sphagnum peat allows the corer to penetrate readily. More fibrous cotton grass peat is less forgiving. The fin encases the core and it is drawn slowly to the surface. We are luring the past into the present. With a final gasp the bog cedes the core. For one breath-taking moment the fin is raised to reveal the corer’s bounty. The half metre of history slides into a cradle of drainpipe for transport.  It is then wrapped in layers of protective film, a storyteller swaddled ready to narrate its tales.

The laboratory is clinical and austere. This may not be the archetypal story-telling environment but here many mysteries have been solved. The core is sliced in preparation to reconstruct the narrative archived within. To slice through peat is to slice through time, the deeper down the core the slices are, the older records they sequester. Painstaking chemical preparation is the overture to releasing the elements of the story. I find the process tedious, but the prospect of revelation is motivating.

To gaze on ancient pollen grains is to view a beguiling architecture of former ecosystems. Pine pollen has two air sacs to help to loft it up into the air.  Birch, hazel and oak present triangular tripore pollen, while common ragweed pollen resembles ornate lychees. Plot the appearance and disappearance of different tree and plant species through time and a sequence of vegetation change is constructed.

Charcoal fragments tell stories of past moor fires, while the presence of perfect spheres alludes to modern man’s obsession with combustion. Particles were released from smelters and chimneys, despatched to the winds to reach their peaty destination. Here may be a geometry of spheres within spheres, bog babushkas. Their sudden appearance in a core is witness to the Industrial Revolution, through the Great Acceleration and beyond to the modern day. Our journey through the peat has taken us from the Holocene to the Anthropocene.

I am revisiting the moor, this time without equipment.  I need to be here just to look, listen, and inhale peatland. Cottongrass heads bob, starry pyramids of bog asphodel shine, while dewy pearls of sundew await the next unsuspecting victim. Gazing across the expanse of muted colours in front of me, I recall the first time that I cored here.  I remember the sense of awe as the fin was lifted and the core was revealed. To many it would look like half a metre of brown, wet matter, but I know the secrets that core held. I was captivated and have remained so to this day.

Ancient and modern. Vegetation and climate. Industry and human development.  All are secrets held within peat awaiting the geoscientists’ key to unlock ancient stories.  Much of what we know about the vegetation histories of our lands has been revealed by peat, the teller of tales. That is just one of the many reasons why our peatlands must be protected. The storytelling must continue.

Jennifer Jones is a writer, children’s author and scientist based in north-west England.  Jennifer is passionate about the natural world and loves communicating that passion to school groups and the public.  She has published her research in many scientific journals, as well as creative non-fiction in local newspapers and magazines, and in e-zines including The Pilgrim and Bloom in Doom. She is currently an Honorary Research Fellow at Liverpool John Moores University.